Digital transformation is enabling manufacturers to completely rethink the way they do business. While initial investments were embraced with initial goals of improving productivity or reducing costs, other significant benefits are emerging as greater resilience to change, less unplanned downtime, and improved employee retention and satisfaction. Interestingly, up until less than a year ago, this perspective was largely one seen primarily by manufacturers operating in North America. Today, a shift has occurred. The great digital transition of Europe is now underway – with significant investments now planned and a future that will forever change how manufacturing gets done.

What Led to this Change of Perspective?

The catalyst of change was the coronavirus. Over the past two years, it became clear that some companies were able to adapt, respond, and adjust their business models with greater ease and effectiveness than others. The difference was spectacular in some cases – and visible for the world to see.

Examples emerged, ranging from the tracking of infections, hospitalizations, and mortalities to the sudden need for manufacturers to produce Personal Protective Equipment (PPE) to how vaccine research was conducted. In many of these examples, the organizations that had invested in digital transformation and other advanced technologies could respond faster with greater precision. This foresight provided a competitive advantage, a faster time to market, and in some cases led to a new industry performance standard.

But despite these benefits, digital transformation has been slow to take shape in many regions of the world, including some surprising places. Germany still runs much of its critical infrastructure on outdated technology. In the early stages of the COVID-19 pandemic, sixteen German states were sharing their coronavirus data by fax! France faces similar issues, which is why the French government allocated €7 billion in 2020 of an economic stimulus plan specifically for spending on digital investments.

These revelations seem surprising. So many European companies have been leaders in digitalizing their factories and product design. But digital transformation is much more than applying computer technology to an existing process. That’s the digital part. The transformation part is more complex and driven by competitive and market forces. Now, it looks like those forces have arrived in several countries across Europe and the United Kingdom, driving a new wave of technology modernization.

What is Digital Transformation Anyway?

There’s no single definition of digital transformation, and that’s part of the problem. It means different things in different industries and to different companies. Nevertheless, there are good definitions out there, such as this one from CIO.com:

“Digital transformation marks a rethinking of how an organization uses technology, people, and processes in pursuit of new business models and new revenue streams, driven by changes in customer expectations around products and services.”

Note that this definition includes people as well as machines, customers, and technology. The digital ecosystem that is developing around the world has many aspects, but what characterizes it more than anything is a rethinking and restructuring of how people work and interact, and how organizations operate both internally and with the rest of the world.

Digital transformation encompasses technology, data management, process optimization, and organizational change. Within a manufacturing operations environment, it starts with investing in a digital foundation, often in the form of a Manufacturing Execution System or MES. This platform becomes the basis of how production is planned and executed, collecting all the key data involved in the production process. This information can then be shared with other departments for intelligent decision support, improved collaboration, and greater performance. Here are a few examples of how change has emerged:

It’s important to remember that given all the possibilities and options, digital transformation should not be viewed as a project with a completion date. Rather, it’s a continuous commitment to adopt a new way of doing business, based on a digital ecosystem that is open, scalable, and resilient. It’s a journey, not a destination.

European manufacturers have laid the foundation for digital transformation, and now they are taking the next steps, spurred on by the impact of the COVID-19 pandemic.

The London School of Economics and Political Science recently released a survey of 375 UK businesses to show the impact of COVID-19 on business performance. Three-quarters of the respondents said they implemented remote working and lost 25% of their revenue. In reaction to the disruptions, many leaders directed their organization’s resources toward innovation and the creation of new revenue. Nearly all of the businesses stated that the new digitalization they adopted to cope with these challenges will be permanent.

It Comes Down to Leadership

While governments can help with their nations’ digital transformation, the results have not always been impressive. A report from the National Audit Office, a UK independent public spending watchdog, found a “consistent pattern of underperformance” in digital initiatives due to insufficient leadership. Despite the UK’s average spending of £1 billion per year on IT and technology firms, the NAO concluded that there is a gap between the government’s expectations and the reality of its implementation.

Of course, the responsibility isn’t solely on governments. To be successful, digital transformation must be driven by a corporate leadership that’s committed to joining the growing digital marketplace. This leadership must come not just from IT, but from the board and all the chief officers. Increasingly, business leaders in Europe are recognizing the challenge and commitment needed. 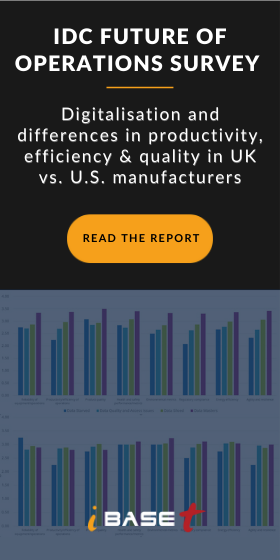 The Great Digital Transition of Europe

The Great Digital Transition of Europe