These and other insights are from Deloitte’s 2015 Global Venture Capital Confidence Survey.  You can download a copy here (PDF, no opt-in, 70 pp.).  Deloitte has also produced and made available infographics of the key findings here (PDF, no opt-in, 4 pp.). Deloitte & Touche LLP and the National Venture Capital Association (NVCA) collaborated on the eleventh annual survey, which was conducted in May & June of this year. The study assesses investor confidence in the global venture capital environment, market factors shaping industries and investments on specific geographies and industry sectors.    Please see page 4 of the study for a description of the methodology. 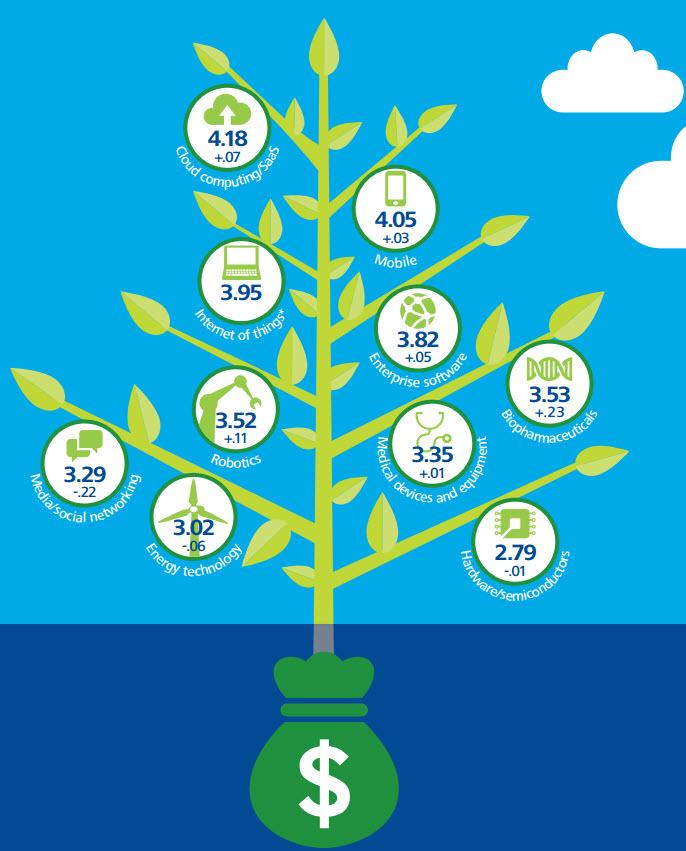 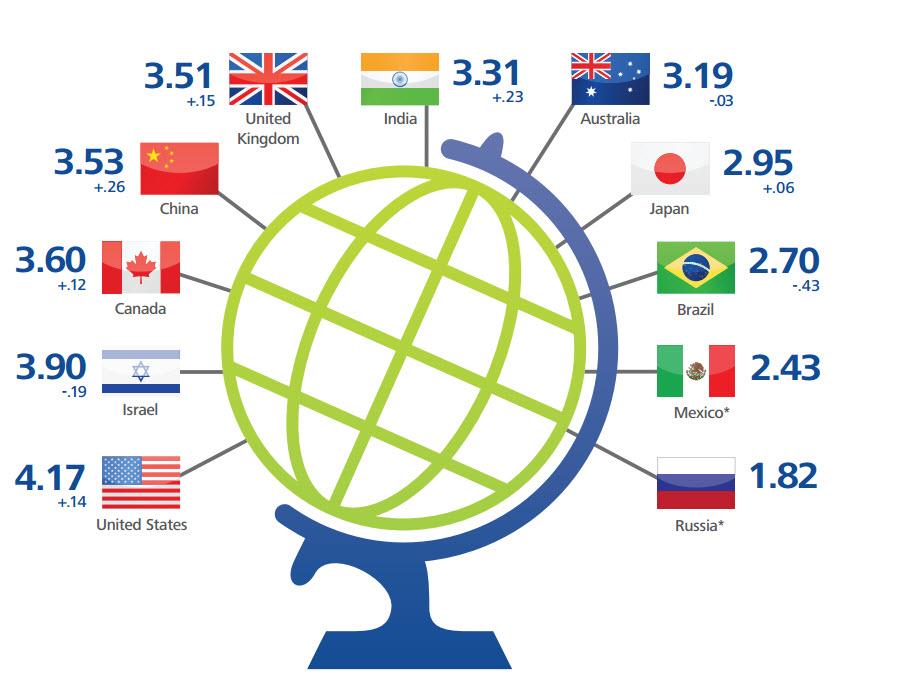 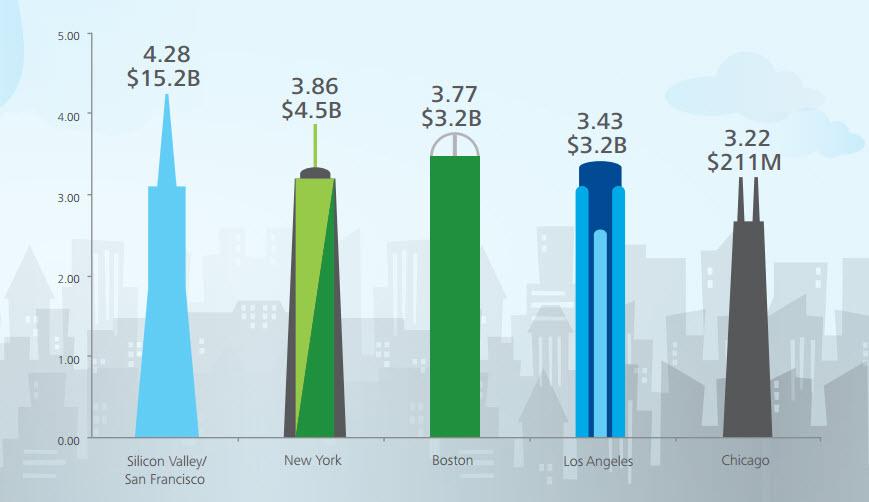 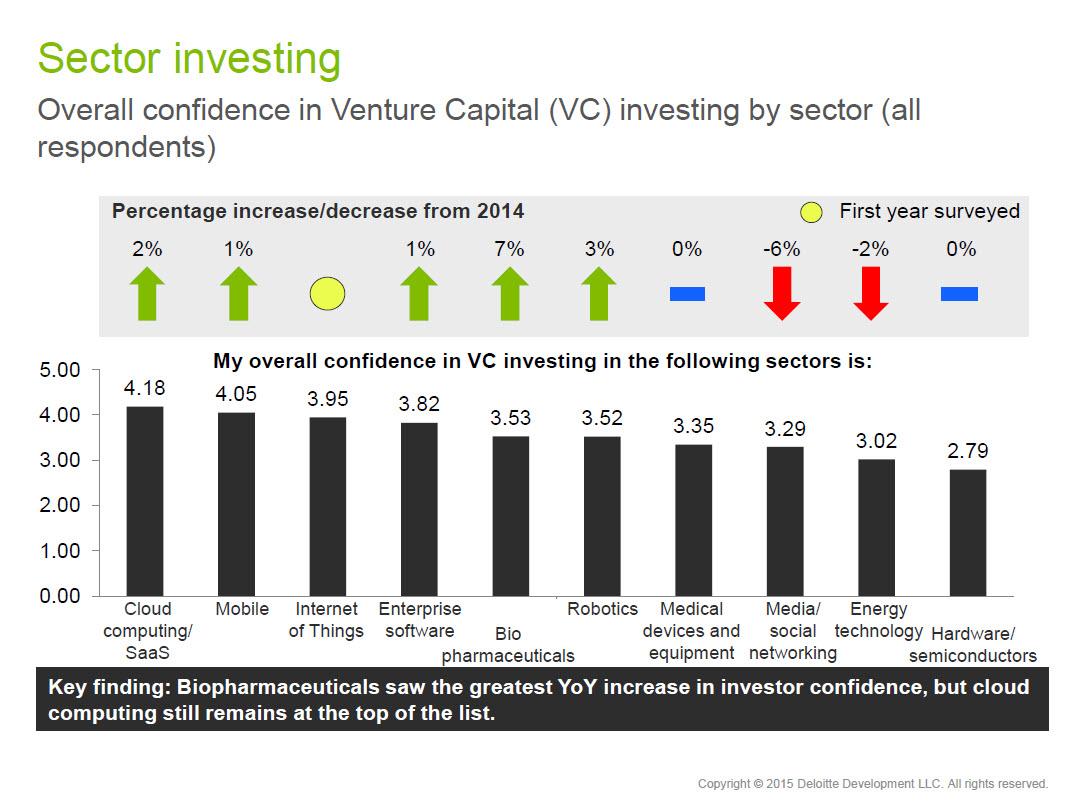