These and many other insights are from the 2015 Pacific Crest SaaS Survey published by David Skok of Matrix Partners in collaboration with Pacific Crest Securities. You can download a free copy of Part I of the study here (PDF, opt-in, 72 pp). 305 SaaS companies were interviewed, 31% from international locations and 69% from North America. SaaS Metrics 2.0 – Detailed Definitions provides a useful reference for many of the SaaS metrics mentioned in the study.

This year’s survey attracted an eclectic base of respondents, with median revenues of $4M a year, with 133 companies reporting less than $5M, and 57 over $25M. Annual Contract Value (ACV) across all respondents is $21K, with 17% of respondents reporting ACVs over $100K.  Please see pages 3 & 4 of the study for a description of the methodology. Key take-aways from the study include the following: 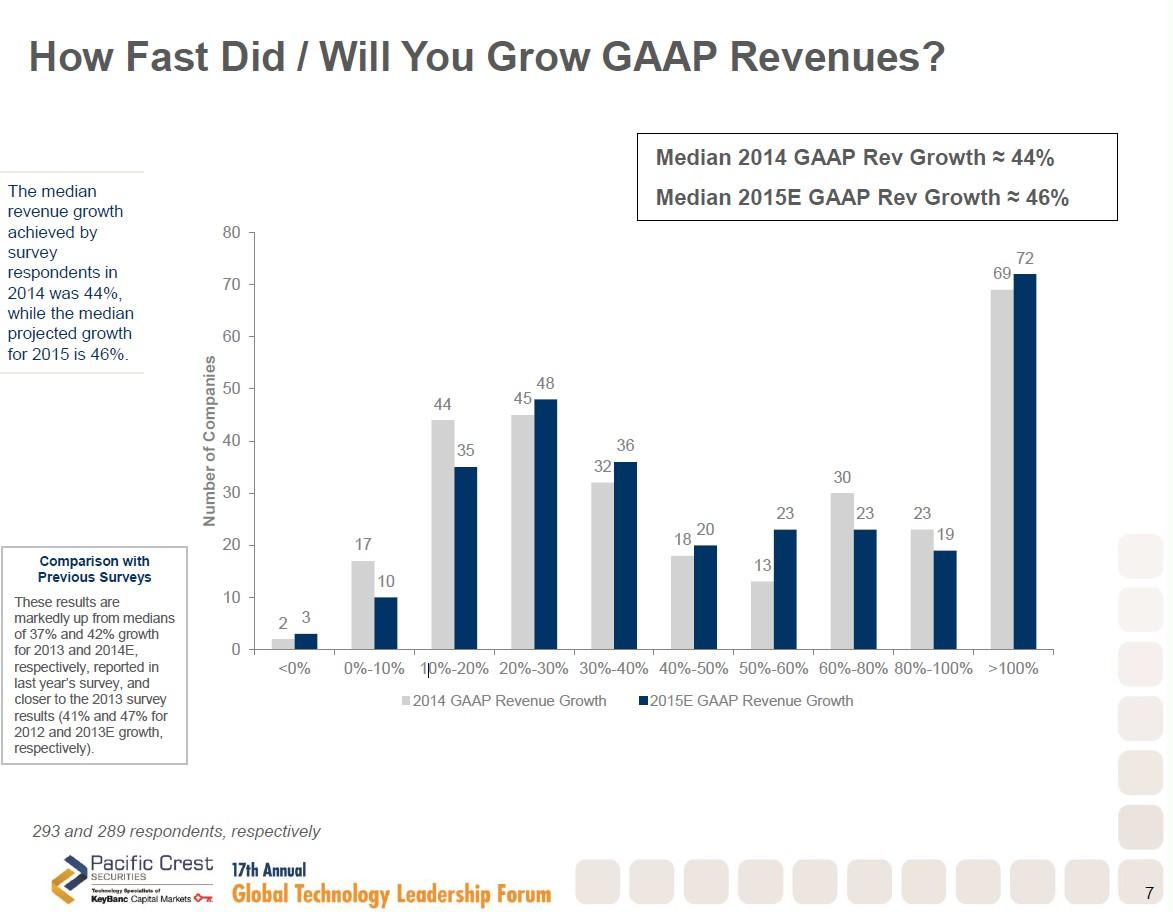 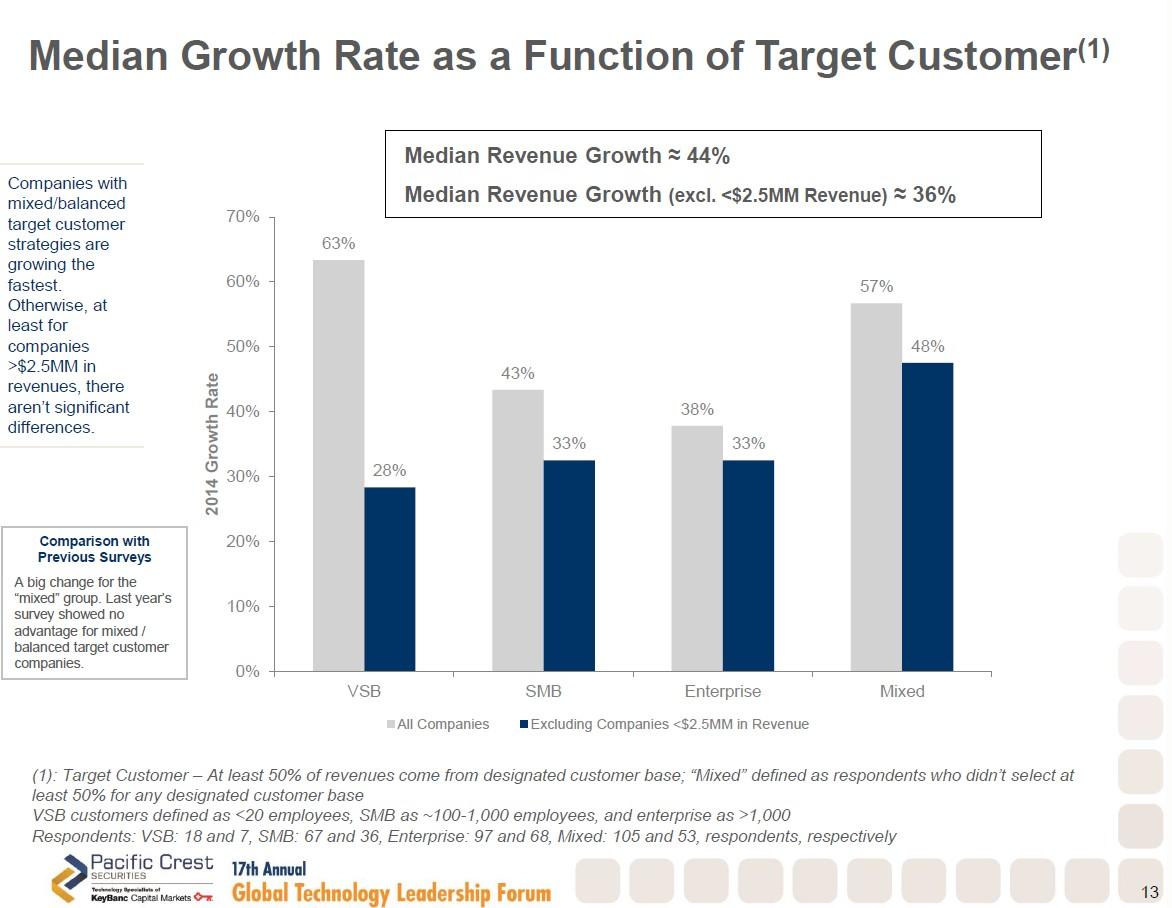 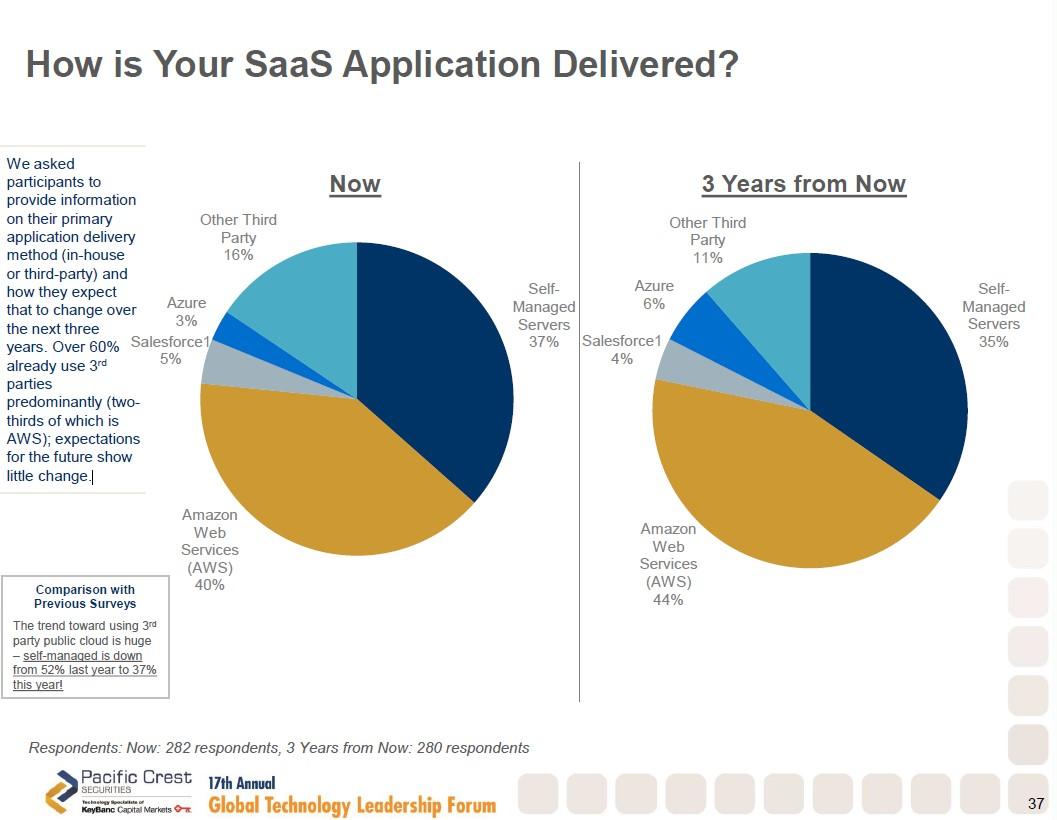 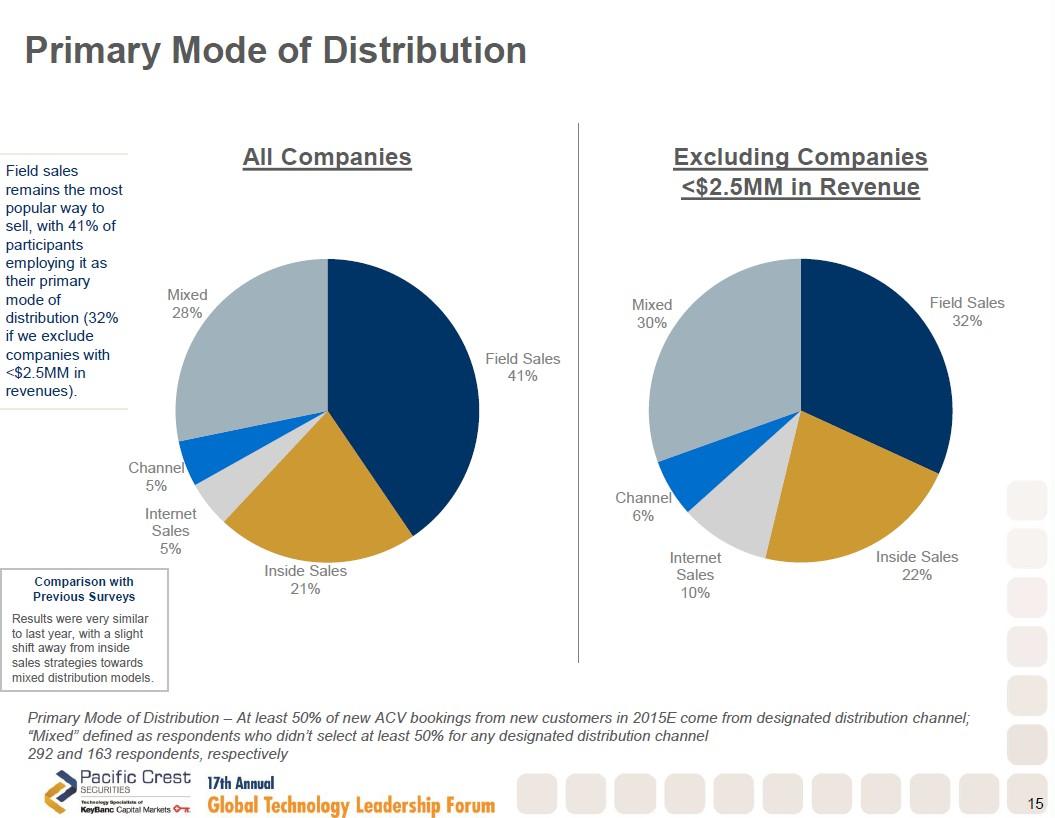 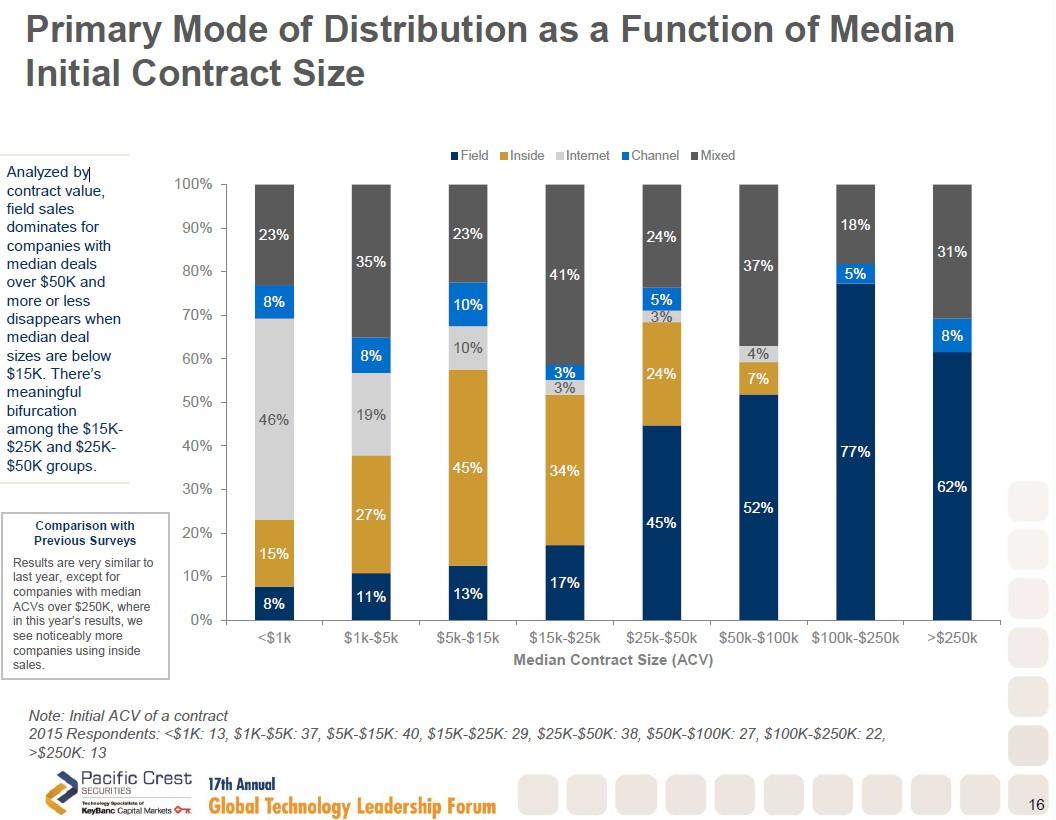 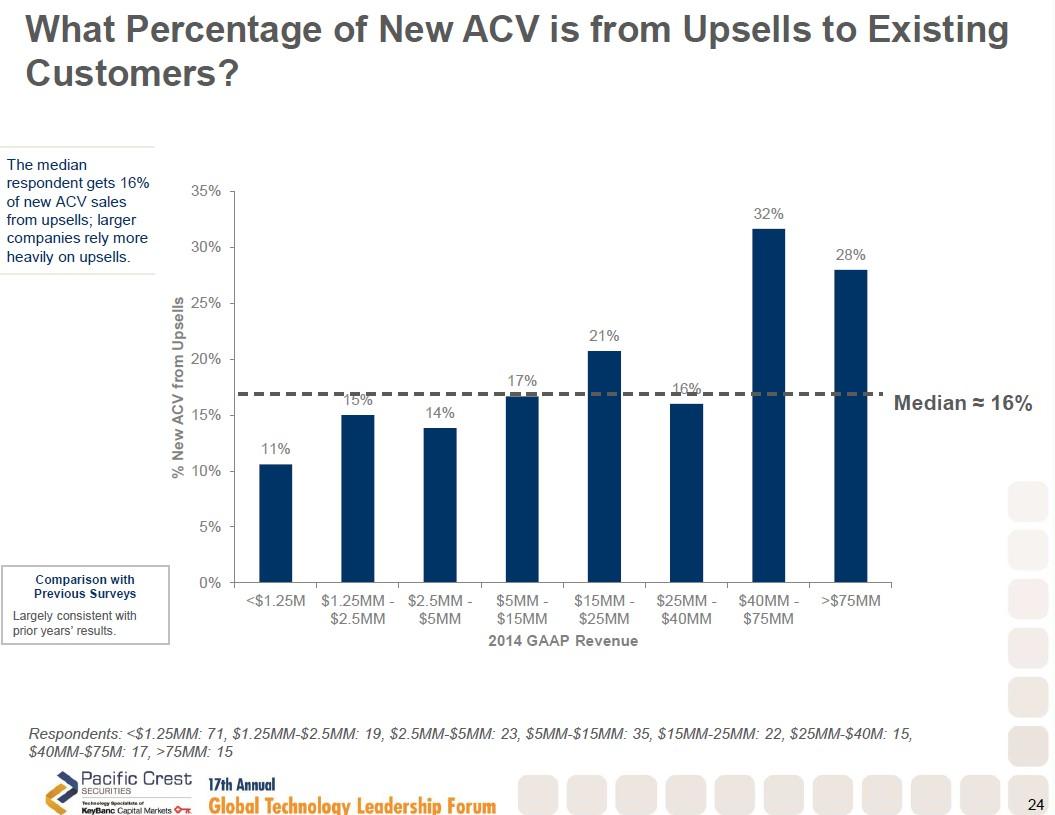 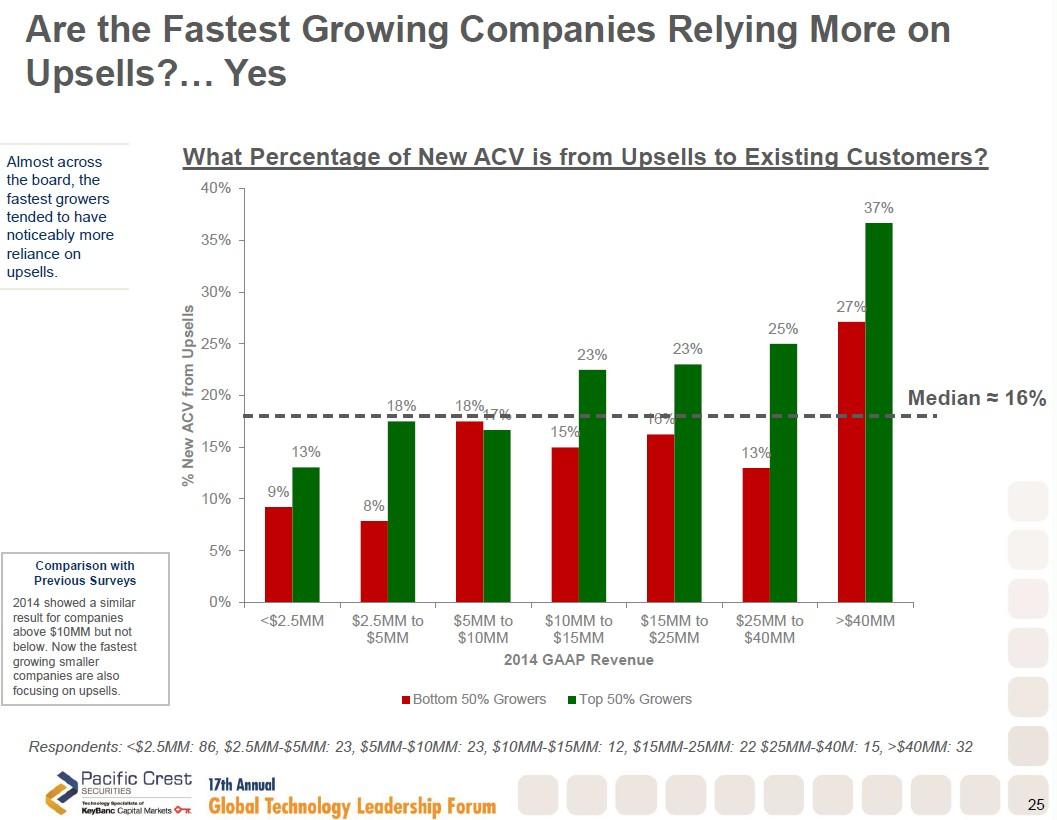 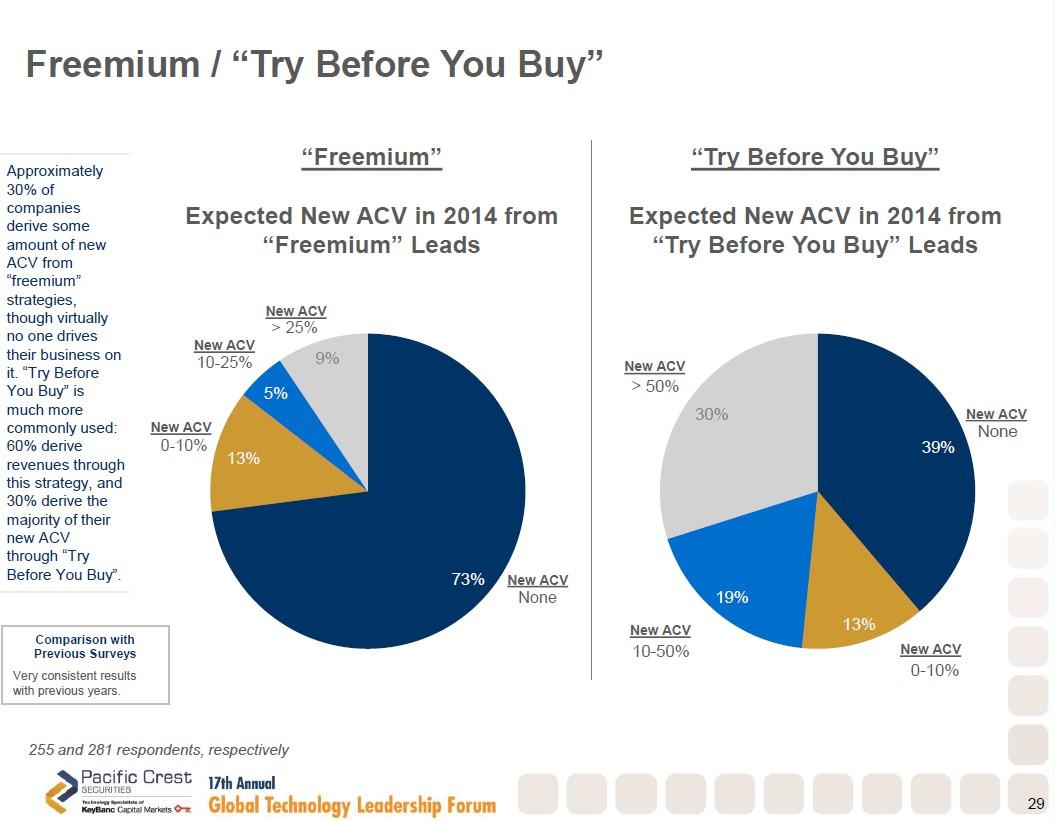