These and many other insights are from the fourth annual 2015 Global Technology Innovation Survey released via webcast by KPMG last month. KPMG surveyed 832 technology industry business leaders globally, with the majority of being C-level executives (87%). Respondents were selected from a broad spectrum of businesses including tech industry startups, mid- and large-scale enterprises, angel investors and venture capital firms. For an in-depth explanation of the survey methodology, please see slides 6 and 7 of the webinar presentation. The goals of the survey include spotting disruptive technologies, identifying tech innovation barriers and opportunities, and tracking emerging tech innovation hubs.

The five insights and predictions from the report include the following: 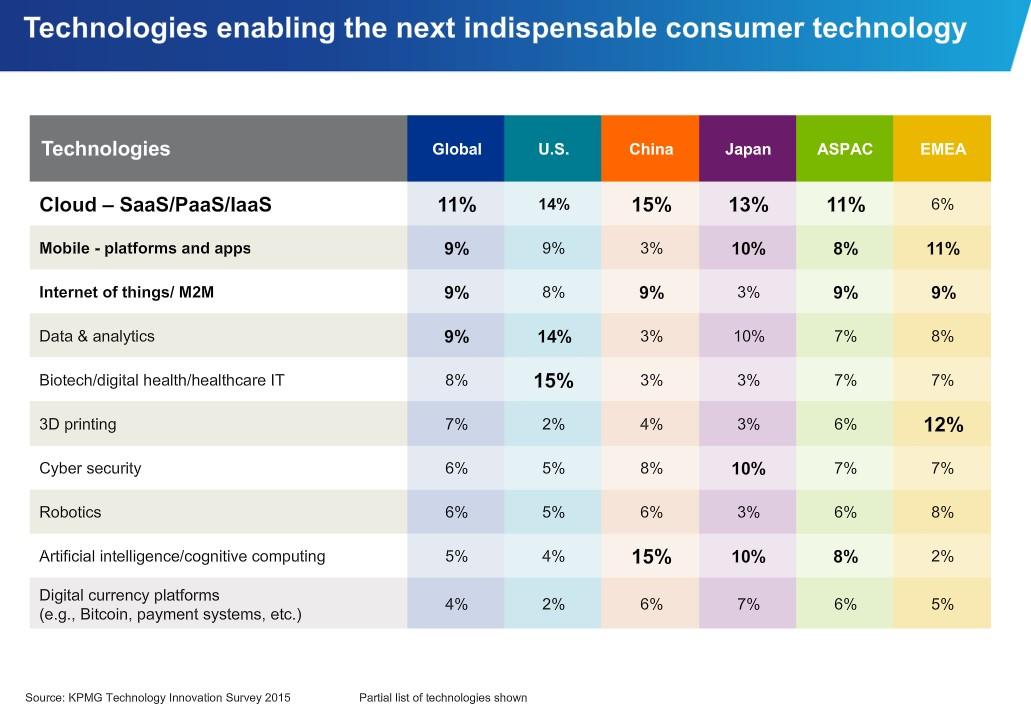 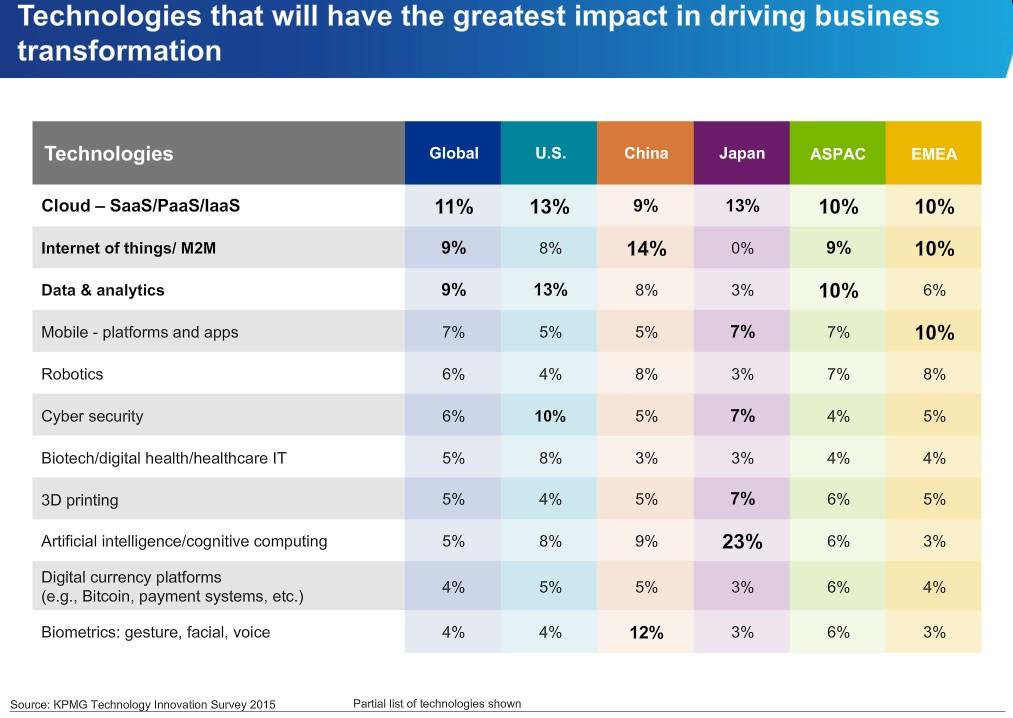 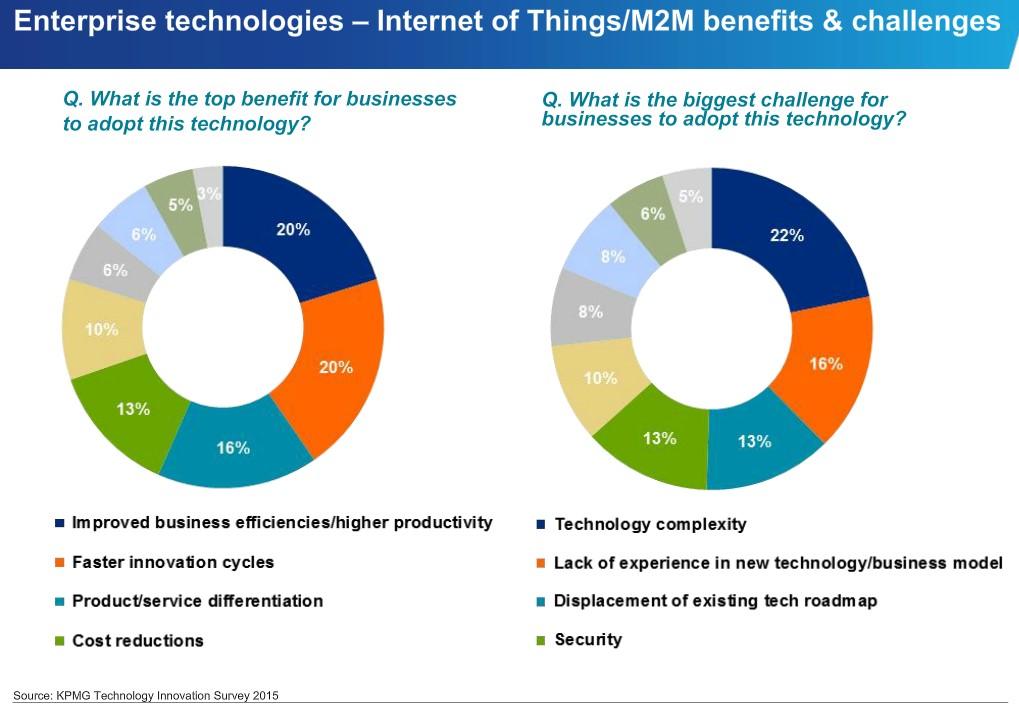 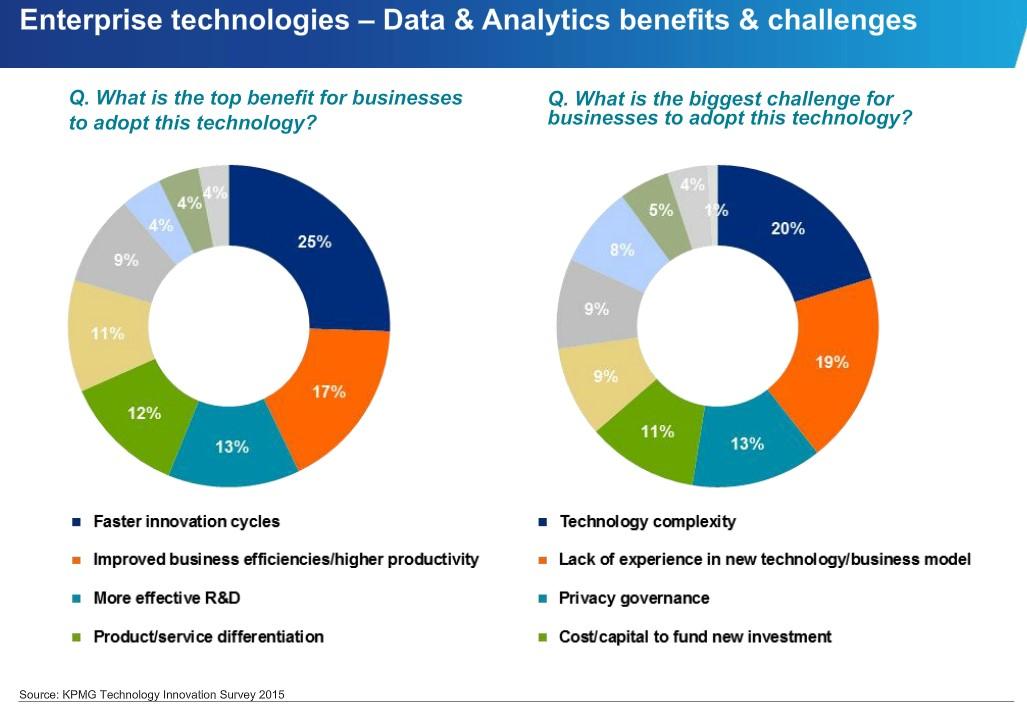 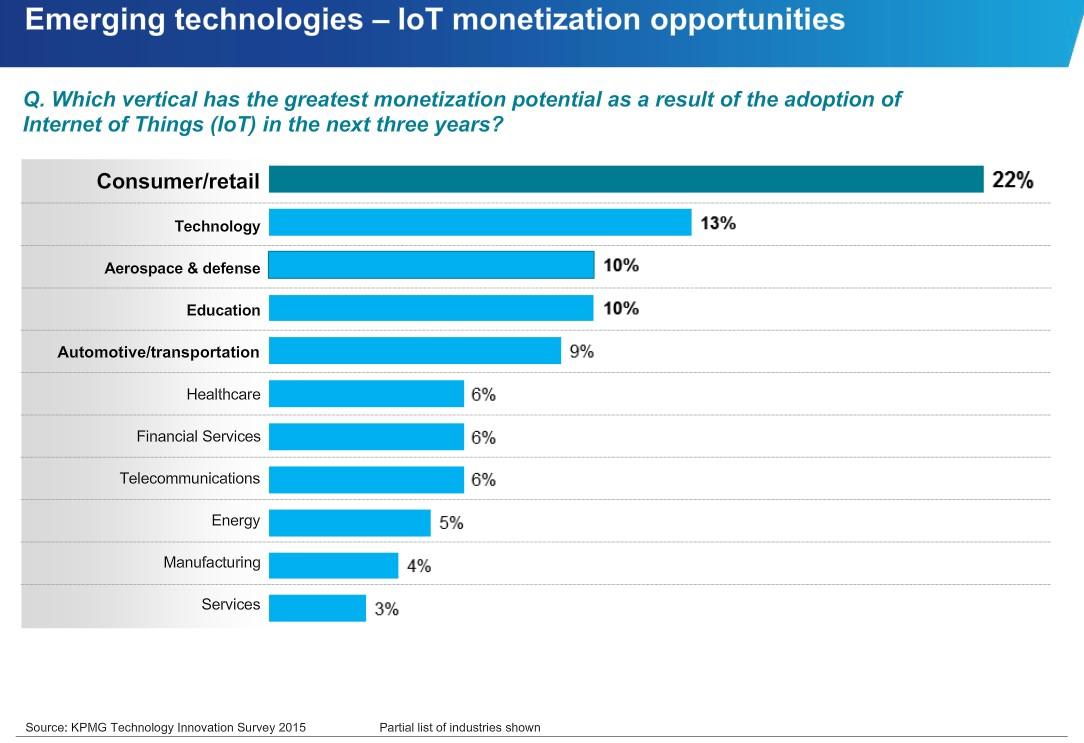